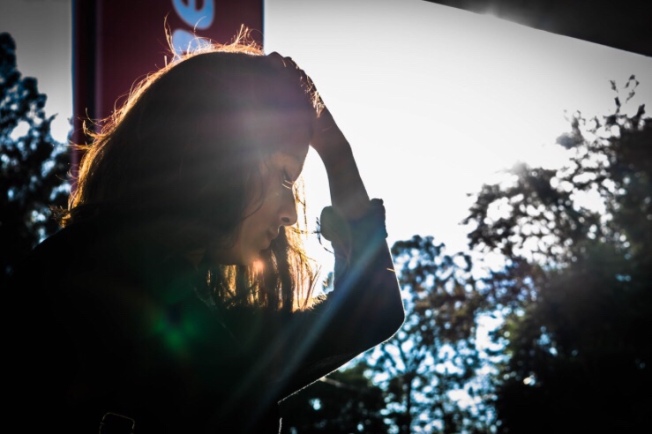 I was hurt. All the invitations to the party were given out and I wasn’t included.

Maybe I had done something to hurt her. I remember racking my brain, replaying those last few weeks, and came up with nothing.

Maybe it was simply an oversight. I mentioned something in conversation that would have easily segued into party talk, but got nothing.

I kept hoping that I would get that phone call, up to and including on party day, asking where I was, signaling a simple oversight that we could laugh at later. As the night went on, the phone call didn’t come, but the tears did.

Being hurt is hard, but especially hard when it is by someone you consider a close friend. And it was pretty easy for me to avoid my friend for a few days. I didn’t want to pick things right back up where they were. I was still hurt.

In John chapter 11, we can read about a couple of people who felt hurt by none other than Jesus.

Mary and Martha, dear friends of Jesus, sent a message to let him know their brother, his buddy, was sick. When Jesus got the message, He said this:

“This sickness will not end in death. No, it is for God’s glory so that God’s Son may be glorified through it.” (v. 4)

But instead of rushing to be with Lazarus, or even healing him from where He was (as He had done for others before), He stayed where he was for two more days.

I wonder how Mary and Martha must have felt, pacing back and forth from Lazarus’ side during his final hours to the window and doorway to see if Jesus was almost there. Then afterward, feeling the pain of losing a brother, but also the hurt of someone you love not being there for you.

Of course, Jesus had a plan. Something we are still talking about to this day. But Mary and Martha didn’t know it yet.

And after Lazarus had been dead and buried for four days, Jesus showed up.

Martha ran out to meet Jesus when she heard he was finally coming.

Mary might have had a superb excuse for staying home. She had other people there trying to comfort her. She might have stayed out of duty to them. Or maybe she didn’t know Martha had left. Or could it be that the hurt just might have overshadowed her natural desire to rush to see Him?

While this is just speculation on my part, I have to wonder if the hurt might have played a role. Mary clearly loved Jesus. She spent her time at His feet as He taught, soaking up His every word (Luke 10:39). She poured perfume on Jesus and wiped His feet with her hair (John 11:2). She loved Him.

The more we love someone, the deeper the hurt is felt.

Jesus had every right to be late; after all, He is the Lord.  He didn’t have to come at all. But instead of putting her in her place, and reminding her of who He is and of the ministry He was out and about doing, He asked for her.

Martha went home to get Mary and told her He was asking for her. Mary hit the ground running to see Him. When she got there, she didn’t keep silent, or hold a grudge, but fell at His feet, and poured out her heart.

Again, Jesus could have given her a speech or a parable or a lesson, but that’s not what He chose for her.As He watched her weep, His heart broke.

Jesus then went to the place Lazarus was buried and spoke words of life into his dead body – His plan all along.  Jesus was right – Lazarus’ sickness did not end in death. It ended in a beautiful, powerful resurrection.

Do you have some hurt in your heart? Whether it is from another human, or because God isn’t doing things in the time frame or circumstances you prefer,go to Him. Don’t stay home, far away from Him. Healing doesn’t happen there; it happens when we run to Him.Go to Him hurt.

“The LORD is close to the brokenhearted and saves those who are crushed in spirit.”
Psalm 34:18

“Those that in a day of peace place themselves at Christ’s feet, to receive instructions from him, may with comfort and confidence in a day of trouble cast themselves at his feet with hope to find favour with him.” – Matthew Henry