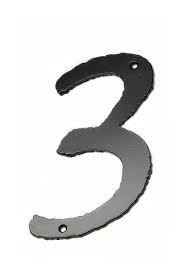 If someone pays for my food when we are eating out, I like to schedule another breakfast date soon so I can get the bill that time.

So it struck me a while back when I was reading in John, what a great gift Jesus gave to Peter.

Peter was with Jesus that Thursday night, as Jesus was giving his disciples a little glimpse into what was about to happen. He told them that that very evening they would all leave Him. Peter said that even if everyone else deserted Jesus, he never would. Jesus got a little more specific with Peter. (Matthew 26)

Not only would he desert Jesus, Peter would deny he even knew Him. And not just once, but three times, all before the roosters crowed in the morning. Peter assured Jesus that would not happen.

Shortly after this conversation, Jesus took them to a garden so He could pray. He wanted to pour His heart out to the Father, and gather the strength He would need for what was coming. When He was finished praying, He got up and told His disciples it was time. He went to the place He knew Judas would be.

Judas, one of His own disciples, had sold Jesus out for money, showing those who wanted Him dead exactly where He would be. He kissed His cheek to let the guards know for sure it was Him.

Jesus let them take Him, and He was put on trial. He was questioned. He was beaten. He was sentenced. Death by crucifixion.

During this time, a girl pointed Peter out as one of Jesus’ followers. He denied it.

A little later, another girl said she was sure he was with Jesus. He denied it.

Some time after that, a group of people said they were positive he was “one of them.” He denied it. The third time. Then the rooster crowed and Peter remembered. Then “he went outside and wept bitterly.”  (Matthew 26:75)

Jesus was crucified. Nailed to a cross – not because they finally caught Him, but because the time had come. Jesus willingly gave himself over to death as a payment for our sin. I hope I never get over this. What love.

Then he was buried. Sadness for days as his followers thought they had lost Him forever. The pain and grief must have settled so deeply in the room where they were.

The tomb where Jesus was is now open and empty. Jesus shows up to His disciples multiple times and has some messages for them. One of them specifically for Peter.  (John 21)

Jesus asked Peter if he loved Him more than these. Peter said yes.

Three times, Peter was able to say, directly to the face of his precious Lord, his friend, his redeemer, that he loved Him.

While there may be people much wiser and more knowledgeable than I am, who might have a grand theological explanation for this passage, I see it as a way Jesus let Peter make it up to Him. He denied Him three times, then he was able to confess his love for Jesus directly to Him, three times. He knew what Peter needed.

Our sin is why Jesus went through what He did, and He still cares about us individually – giving us what we need when we need it.

I can only imagine that this conversation replayed over and over again in Peter’s mind after Jesus had said goodbye to them and went to Heaven. What a moment for him to have.

In the same way, God loves us each that much. We have denied Him, we have forgotten Him, and still He looks for what we need.

Take a few moments to think about the ways God has been there for you, gently leading you back when you’ve lost your way and got off track. I sure know He has done it for me, and I’m going to thank Him for that right now. ❤